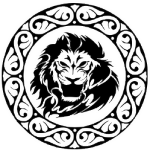 "The beginning of wisdom is fear of the Lord, and is believed to be created with the faithful in the womb, and with chosen women, and is known by the just and the faithful."

Hi. I'm Snowstripe the Fierce, otherwise known in the real world as Mr. Blacke. I am by no means a Bible historian, though I do enjoy reading Scripture and studying its characters and stories as a hobby.

The churches I have gone to are all Missouri Synod Lutheran, but I have found in recent weeks that I may not be entirely Lutheran.

I officially identify as an Independent Disciple. I accept any man or woman as a follower of Christ, so long as they accept Him as their Lord and Savior.

My beliefs are my own, but I understand that you may be interested in them, so here they are:

I believe in God, the Father, the Almighty, Creator of heaven and earth,

I believe in Jesus Christ, his only Son, our Lord,

Who was conceived by the Holy Ghost, born of the Virgin Mary,

He suffered under Pontius Pilate, was crucified, died, and was buried,

He descended into hell; the third day He rose again from the dead,

He ascended into heaven, and is seated at the right hand of God the Father Almighty;

thence He shall come to judge the Living and the Dead.

I believe in the Holy Spirit,

the holy catholic Church, the Communion of Saints,

the Remission of sins,

the Resurrection of the Flesh,

Retrieved from "https://bible.wikia.org/wiki/User:Snowstripe_the_Fierce?oldid=21395"
Community content is available under CC-BY-SA unless otherwise noted.