Where are God's deeds when you need them?

When bad things happen, where is God and the good things he brings? This a common question that many people have today when going through times of suffering. Over 3,200 years ago (around 1191 BC), Gideon asked this very question. Yes, Gideon the mighty warrior of God struggled with the same question, “if the LORD is with us, why then has all this happened to us? And where are all his wonderful deeds that our fathers recounted to us, saying ‘Did not the LORD bring us up from Egypt?’ But now the LORD has forsaken us and given us into the hand of Midian” (Judges 6:13 ESV)[1].

Israel had been under oppression of the Midianites (also the Amalekites and other eastern peoples) for seven years when Gideon asks God his question. Anytime the Israelites would farm, the Midianites would come and take all of their produce and livestock[2]. The oppression of Midian was so severe, many of the Israelites hid in caves. Grain was so scarce, people would stuff it down wine presses in order to hide it[3].

In the midst of Midian’s iron fist, the Angel of God appeared to Gideon and told him God was with him,a mighty warrior[4]. Here is where Gideon asks “God if you are really with us (me), where are your acts?”. Gideon made an appeal God’s works when he delivered Israel from Egypt, such as the miracle of the Red Sea. If God had been so God to Israel back then, why were they under Midian’s oppression?

Around the same time God sent a prophet to the people to remind them of the promise made long ago after they were delivered from Egypt- obey me and you will be blessed, disobey me and you will be cursed[5]. God told them not to worship false gods, yet here they were even after God did do amazing works, turning their attention to Canaanite deities[6]. So Gideon’s question was answered by the prophet- Israel was disobedient to God. Gideon’s claim that God had forsaken them, had seemed to be true- until God gave his reply: “Go in this might of yours and save Israel from the hand of Midian; do not I send you?” (Judg 6:14 ESV)[7]. Unfortunately, this answer did not satisfy Gideon, because he doubted that he could really save Israel from Midian[8]. So when things are awry why aren’t God’s deeds present? It seems from this passage, that when God’s deeds are not present in our lives,it does not mean his watchful eye has left us. Oftentimes there is a good deed coming we don’t see or maybe he has something in store that is greater than our present suffering. Like Gideon, who was the least important man in the Tribe of Manasseh[9], we doubt God’s ability to bring goodness out of bad circumstances. God punishes evil, but he always is willing to restore your relationship with him.

This is Part 2 of “Ancient Answers to Modern Questions” blog series.- through the people who questioned God in the Bible, we can find answers to some of our greatest questions. Check out Part 1. 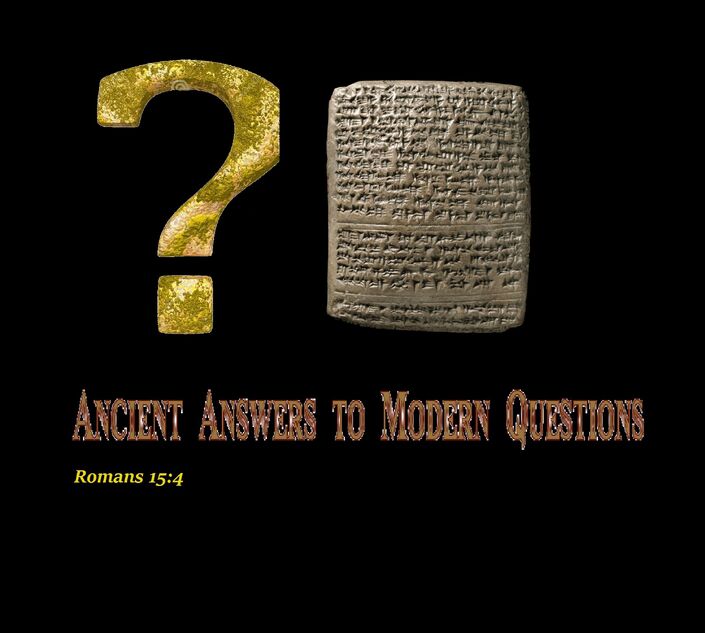