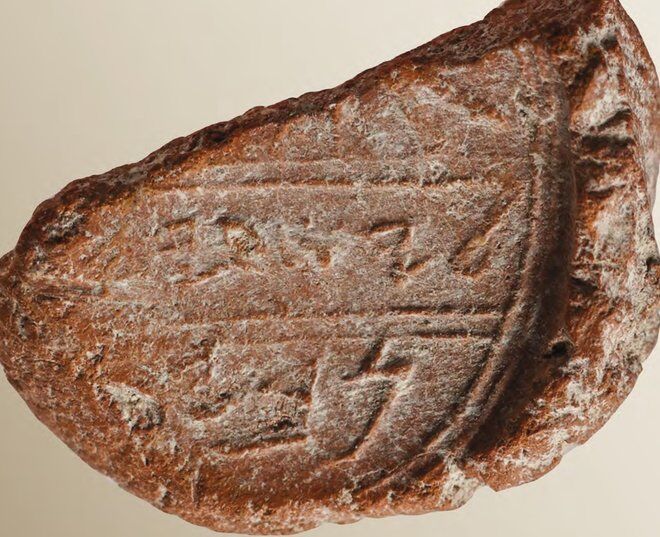 There is a lot of excitement among Christians and Jews on a recent archaeological find . Several months ago, a dig in Jerusalem came upon the seal of Hezekiah, king of Judah . It was as clear as the text of 2 Kings and Isaiah. Then, when all the excitement of the undeniable confirmation of the historicity of this king was accepted by the world at large, a seal found ten feet away is revealed to be that of an "Isaiah, NBI[..]".

The reason that they took their time on revealing this was the seal of this Isaiah was because a letter was missing , leaving an uncertainty as to whether the title was NBIA ("prophet ") was indicated. Could there be another Isaiah in the court of Hezechiah? Could a person from the town of Nob (a "Nobi", or Nobite) have been among the king's confidants and not be mentioned in the Bible?

It comes down to one's viewpoint. I take a Biblical Point of View, which means that my foundation is the Word of God, which is not dependent on the discoveries of mankind for verification. I agree with the expert who, though "careful to point out why the bulla may have belonged to a different Isaiah", said:

"[The] chances of it belonging to any other but the known prophet Isaiah are extremely slim," Mazar wrote in an article published by Biblical Archaeology Review. "No other figure was closer to King Hezekiah than the prophet Isaiah." --Dr. Eilat Mazar, Hebrew University of Jerusalem archaeologist

That is the attitude that any normal observer of the world who has seen the evidence up close, and knows the Bible narrative, should have. But the folks at the Smithsonian Museum see the evidence from the point of due of doubting anything they cannot see outside of the Bible. To them this seal confirms nothing.

[Mazar] concedes that “major obstacles arise” with her assessment. Without the “aleph,” the word “nvy” could simply be a personal name that has been seen on other seals. The word might also be the name of a location. ...“The critically important letter that would be needed to confirm that the second word is the title ‘prophet’ is an aleph,” Rollston tells Romey. “But no aleph is legible on this [seal], and so that reading cannot be confirmed at all.” --Brigit Katz, SMITHSONIAN.COM, quoting the National Geographic article

I find myself in agreement with the founding father of the modern nation of Israel:

The Mandate is not our Bible. The Bible is our mandate. --David Ben-Gurion , testifying in 1937 before the Peel Commission

As excited as we might become over these discoveries, we don't look to archaeology, or even hard science such as physics or chemistry, to "prove" or affirm (prove to be true) the Bible. Instead, we should look to the Bible as our foundation, using it to inform us as to what to look for, and even where to look, when digging through the rubble buried by the winners of ancient wars.

This work is under copyright of the author and should not be used without his permission.